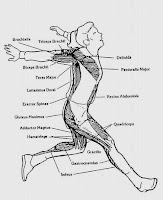 In Volleyball, Timing is Everything

I played a number of positions throughout my years of football, but I was never a quarterback. I’ve always been amazed at the ability of quarterbacks to throw long passes to receivers that are moving, and moving very quickly! The timing has to be perfect, and the quarterbacks have to adjust their passes according to each particular receiver. A long pass may stay in the air for two seconds, and a wide receiver that’s running at full speed can cover 20 yards in two seconds. It takes perfect timing to get the ball to that receiver. And if the timing is off by just a little bit, it’ll be overthrown or underthrown, and possibly intercepted. I had the easy part, being a receiver. All I had to do was run my prescribed route; the quarterback bore the responsibility of getting the ball to me.
In volleyball, the responsibility for the timing of a high set lies with the hitter. The timing of an approach, jump, and hit are just as precise as a football pass pattern. The goal, of course, is to contact the ball at the highest point possible. That sounds simple enough, but if you watch young players trying to learn this for the first time, you can get a better sense of how difficult it is to do. And we experienced players often forget just how difficult it really is.
Let’s look at some basic physics. (See kids? Physics class really does matter in your life!) For a typical high set, after the ball has reached its peak, it’s dropping at a rate of 9.8 m/s2 (meters per second squared). A hitter has to time it so that she gets to the net, jumps, and reaches her maximum height on her way up at the same time the ball reaches that exact same height on its way down. It’s really quite a feat if you think it through in scientific terms.
One of the things I’m still struggling with as I make my volleyball “comeback” is my timing. Specifically, the timing of my approach for a plain old vanilla high set. My problem? My hitting approach is still based on what my vertical leap used to be. I haven’t quite adjusted yet.
Or perhaps I’m just in denial and don’t want to adjust.
As young players, we spend years working on the mechanics and timing of our approach until it becomes second nature. And then, our approach remains mostly the same regardless of the type of set we’re hitting. We simply begin our approach earlier or later, relative to the set we’re expecting.
Sure, there will always be times when we have to adjust our approach (or go without one) due to a poor pass, poor set, or when hitting an overpass, but those are the exceptions. I’m having issues with my timing even when all conditions are perfect.
We’ve all experienced this to some extent. In fact, it’s the main reason that every team does a lot of hitting during warm-ups before a match. It’s good to get your blood flowing, your muscles firing, and your timing down.
And if you’ve ever played in a tournament that starts at 9 a.m. on a Saturday morning after a two-hour drive to get there, you know that your first two or three warm-up hits are usually not so stellar. Your legs aren’t quite ready, your vertical is still asleep, and thus your timing is off.
Now think about what it would be like to wake up one day and have your vertical be six inches less than it was the day before, and no amount of warming up will help. If your timing and approach are ingrained from years of contacting the ball at a certain height, say 10 feet, then everything would be completely “off” if you used the same timing but only reached 9'6".
When this is the case, as you approach the set and jump, the ball will still be out of reach as you hit your maximum height. It results in a “paintbrush” at best (or a “whiff” at worst), and although you can actually get a kill with a paintbrush, it’s the embarrassing type of kill.
Another issue that I had not considered until recently, and that will also affect timing, is the quickness of the leap itself; how quickly you can get to your maximum height once you leave the ground. Think of it as your explosiveness. So, even if I could still jump as high as I used to, if it then takes me a split second longer to reach that height, then my timing will still be off a little.
So, is my vertical maxed out based on my age, and will I have to adjust my expectations and timing accordingly? Or, is it possible to rebuild my vertical to what it used to be? Only time will tell. I’ll continue to work harder than ever in the weight room and gym, and if that doesn’t do it, then I’ll buy a new watch and adjust my timing!

Function: To co-ordinate all aspects of the assigned interscholastic sport and to work cooperatively with all personnel in maintaining a quality program within the policy framework of the school district.

Duties:
1.   Be responsible for all matters pertaining to the organization and administration of the coaching of the team under his/her direction. Enforce all rules of the league, state and national association as they pertain to the respective sports.

2.   A completed and signed parental permission form and physical examination card shall be in the hands of the coach or athletic office prior to an athlete beginning practice. Assure that players and coaches under his/her jurisdiction understand the training rule policy. These forms are to be returned to the athletic director promptly.

3.   Cooperate with the administration, athletic director, fellow coaches and students to promote the best interests of the entire athletic program.

4.   Work with the athletic director in the appointment and dismissal of assistant coaches in grades
7 -   12.

6.   Conform to athletic department policy in ordering equipment and supplies for the sport involved.

7.   See that all candidates for a team have returned a properly completed insurance form (if necessary.)

9.   Prepare a roster of all team members. Have participants fill out the athletic eligibility form from which the master eligibility list will be compiled. Both should be in the athletic office and principal's office one week prior to the first game.

10. Assume responsibility for conduct of contestants in sport involved.

11. Assume responsibility for a group until all athletes are dressed and have left the building. This responsibility can be delegated to an assistant coach. Secure all gates, dressing rooms, locker and gymnasium or field house facilities before leaving the area.

12. Accompany and supervise the team to and from all contests.

13. Plan and supervise all practice sessions. Suggested length is not more than two and a half hours.

14. Work with trainer-equipment manager in selecting reliable student managers and student trainers;
assign their duties and supervise their work.

15. Conform to athletic policy to assure that students are not given keys to enter buildings when the coach is not present.

16. Conform to school policies in handling injuries; report all serious injuries immediately to the athletic director.

17. Attend scheduled school meetings unless excused. During sports season, coaches should check with principal or department chairperson as to what transpired at a meeting that the coach was unable to attend.

18. Turn in a complete inventory of all equipment to the athletic director at the conclusion of the season.

19. Complete and return a Coaches Annual Report form to the athletic director within two weeks after the last contest.

20. Complete and return a supplemental pay voucher to the athletic director after all responsibilities have been fulfilled.

Promote Your Page Too

Promote Your Page Too 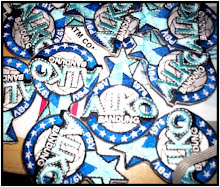